Hip-Hop made its mark on the history of Super Bowl halftime shows. The highly-anticipated performance came to reality on Sunday night (Feb.13) at Inglewood, Calif.’s SoFi Stadium as the L.A. Rams and the Cincinnati Bengals played for the NFL championship title. You can watch the halftime show  with Musical Director Adam Blackstone and executive produced by Jesse Collins Entertainment, on the NFL’s official YouTube channel.

Justin Timberlake – Drink You Away – AMA’s 2013 by IdolxMuzic

Check out Producer Adam Blackstone and Singer/Songwriter Aaron Camper as a part of the new theme for the Queen LaTifah Show!

“On Monday, Latifah’s new syndicated talk show premieres (check local listings for times). It’s the reason for her whirlwind media tour, which includes appearances on David Letterman and morning shows. She retains an upbeat demeanor about it all, but you sense a bit of prevailing frustration. She’s ready to wrap up talking, and get to, well, talking. Her first guest on Monday is John Travolta, followed by Will Smith, Sharon Stone, Jamie Foxx and Jake Gyllenhaal. She’d love to have the president on, as well as Brad Pitt and Angelina Jolie, Coldplay and Kings of Leon.” -USA Today

END_OF_DOCUMENT_TOKEN_TO_BE_REPLACED

Philly’s music scene took over Hollywood during GRAMMY Week, and Philly 360° was there to capture every moment. Check out this recap featuring Adam Blackstone!

END_OF_DOCUMENT_TOKEN_TO_BE_REPLACED 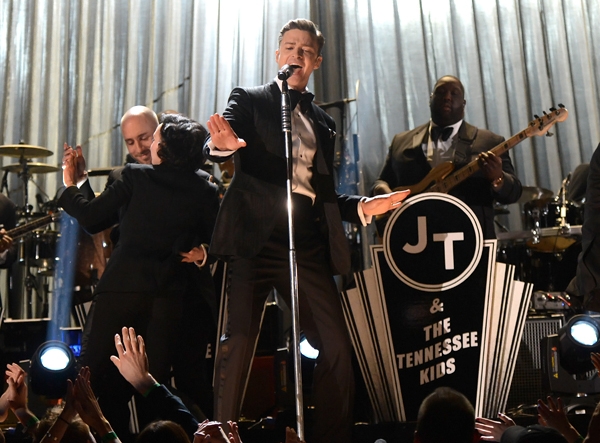 As musical director for Justin Timberlake’s first nationally televised “comeback” performance, Adam Blackstone had a lot on his plate. Not only did the “Suit & Tie” performance rise to the occasion with a huge standing ovation, but he managed to throw two other amazing performances into the mix of the night as well. As musical director for Maroon 5, he orchestrated a mash-up performance with Alicia Keys and performed with the new single “Stay” with Rihanna. Quite a night indeed!