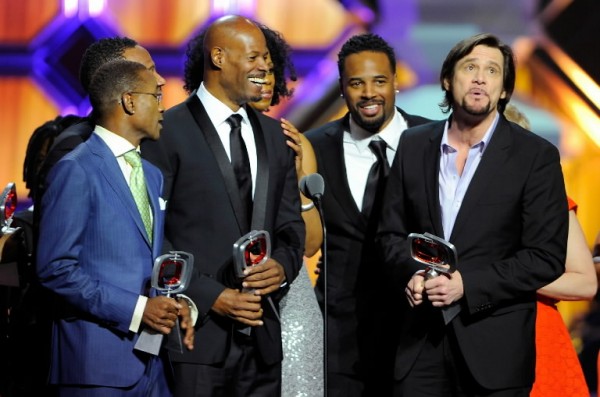 The 2012 TV Land Awards aired on TV Land April 29.The 10th Anniversary event honors the entire casts of Laverne and Shirley (Fan Favorite Award), Pee-wee’s Playhouse (Pop Culture Award), One Day at a Time (Innovator Award), In Living Color (Groundbreaking Award), and Murphy Brown (Impact Award). Aretha Franklin will receive the Icon Award and three-time GRAMMY Award-nominated music group The B-52s will set the mood for the evening, rocking out as the house band for the show.Laverne & Shirley still lives in the hearts of viewers everywhere and is the recipient of this years Fan Favorite Award, which goes to a series thats an All-American classic, with characters who became our friends, stories we could all relate to and irresistible laughs. This is the first time the cast of Laverne & Shirley will be reunited on television in nearly a decade. Laverne & Shirley aired on ABC for eight seasons from 1976-1983 and was a spinoff of the Garry Marshall hit Happy Days. But the show soon found its own avid fans, thanks to loveable stars Penny Marshall as Laverne De Fazio and Cindy Williams as Shirley Feeney, who play best friends and roommates working in a Milwaukee brewery. Constantly annoyed by their neighbors, Leonard Lenny Kosnowski (Michael McKean) and Andrew Squiggy Squiggman (David L. Lander), Laverne and Shirley learn to navigate their lives as two single young women in 1950s Milwaukee and later in the series, 1960s Los Angeles.One Day At A Time is being presented with the Innovator Award, which is given to a television series that carved out new territory, tackled important issues of its day and helped re-defined its genre. The series, which was a hybrid drama/comedy, addressed such taboo topics as pre-marital sex, suicide, sexual harassment and more, breaking barriers and paving the way for future shows to tackle these issues as well. Developed and written in part by TV visionary Norman Lear, One Day At A Time aired on CBS for nine seasons from 1975-1984. Starring Bonnie Franklin, Valerie Bertinelli and Mackenzie Phillips as Ann Romano, Barbara Cooper and Julie Cooper, the series revolved around a family headed by a single mother (Franklin) that relocates to Indianapolis, where their new apartment building super, Dwayne Schneider (Pat Harrington Jr.), befriends them. Also taking part in the cast reunion is Glenn Scarpelli, who joined the series in 1980 as the son of Anns boyfriend, Nick.The cast and show creator behind the cutting-edge and witty CBS series, Murphy Brown Candice Bergen, Faith Ford, Joe Regalbuto, Charles Kimbrough, Grant Shaud and Diane English will be honored with the Impact Award. The honor is presented to a show that offered both entertainment and enlightenment, with comedy that reflected reality. The Fan Favorite Award is being presented to the cast of Laverne and Shirley. The series, which won viewers’ hearts, starred Cindy Williams, Penny Marshall as well as Michael McKean and David Lander, who will all be on hand to accept the award.The 22-time Emmy Award-winning childrens series, “Pee-wees Playhouse, ran on CBS for five seasons from 1986-1991 and has been a staple in pop culture for over 25 years. The title character is portrayed by actor and comedy icon, Paul Reubens, who created what is widely considered one of the most innovative and ground-breaking children’s programs in television history. Reubens’ wonderfully diverse and colorful playhouse filled with puppets, genies, robots, cowboys and pterodactyls sparked countless imaginations and brought joy and laughter to children and adults alike. The show has been named one of Top 25 Cult Shows Ever by TV Guide Magazine, and Pee-wee is more popular than ever with a hit Broadway show, HBO Special, and enormous social media following with millions of followers on Twitter and Facebook. Fittingly, Pee-wees Playhouse will receive the Pop Culture Award at the TV Land Awards 10th Anniversary ceremony.The Emmy Award-winning series In Living Color, which aired from 1990 to 1994, was written by, created by and starred Keenen Ivory Wayans, and also featured Jim Carrey, Tommy Davidson, Shawn Wayans, Marlon Wayans, Kelly Coffield Park, Kim Wayans, TKeyah Crystal Keymah and David Alan Grier. Receiving the aptly-named Groundbreaking Award at this years TV Land Awards ceremony, the sketch comedy series was the first of its kind to break down barriers and feature a predominantly African-American cast. As the theme song suggested, the show where you could do what you want to do was full of unbridled creative energy, resulting in edgy and hilarious characters like Homey D. Clown, Fire Marshall Bill, Wanda, and Vera De Milo. The show coined as the first diverse hip-hop comedy, dance-sketch series on television by Entertainment Weekly also featured some of the greatest R&B and Hip-Hop musical artists of the 90s who frequently performed on the In Living Color stage. The series also starred gifted comedians Damon Wayans and Jamie Foxx.

The “TV Land Awards” pays tribute to classic and contemporary luminaries of television, music and movies. The 90-minute telecast hosted by Kelly Ripa will feature exhilarating musical performances and will reunite some of the most iconic celebrity TV casts. Presenters include esteemed journalist and news anchor Katie Couric and actress Fran Drescher, who will be on hand to pay homage to some of television and musics biggest stars.

“Dr. Dre and Snoop Dogg closed down Coachella 2012 with a sprawling set that spanned throwback G-funk, all-time gangsta classics (thanks to that 2Pac hologram), stoner anthems (thanks to Wiz Khalifa and a blunt big enough to mellow out a rhinoceros) and new jams (like “The Recipe” with Compton’s own Kendrick Lamar). Eminem and 50 Cent showed up too, probably ranking the performance as the most star-studded ever to unfold at the festival. The beats pounded late into the night, filling the desert with one long blast of California Love. ” 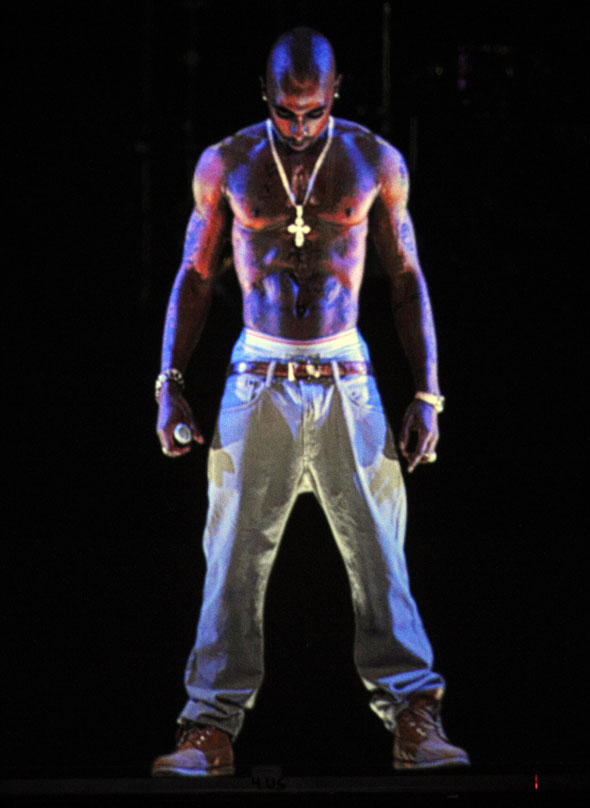 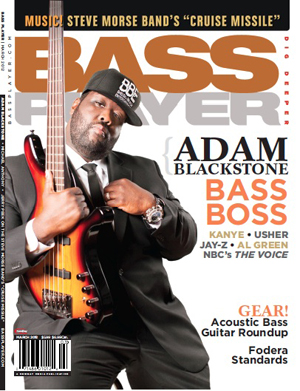 Did you see Adam’s Cover Story in the the March 2012 issue of Bass Player Magazine?

You can pick up a copy online or at your local music or bookstore!

Check out Adam Blackstone as Musical Director of the 43rd NAACP Image Awards. The Image Awards are recognized as the preeminent multi-cultural awards show from an African-American point of view.

Tickets are currently available through Ticket Master. Click here to make your purchase or email us at imagetickets@gmail.com.

In his most intimate performances in years, Shawn “JAY Z” Carter will headline at Carnegie Hall, in the Stern Auditorium/Perelman Stage, raising millions for United Way of New York City and the Shawn Carter Scholarship Foundation on February 6, 2012 at 8:00 p.m. and February 7, 2012 at 9:30 p.m.

Concert goers will get a once in a lifetime experience as JAY Z takes the stage at the New York landmark to raise dollars that will help fight poverty, boost on-time graduation rates in underserved New York City schools, and put college within reach for low-income students across the five boroughs.

For tickets priced at $1,500 and below, visit Carnegie Hall’s website. 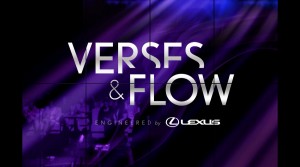 “It started with a premise: to take the LEXUS Listening Lounge to the next level, following the LEXUS brand of assembling the best of the best for the ultimate performance. We scouted the best spoken word venues, including Flypoets and Da Poetry Lounge in LA, and Mouth Off Wednesdays in the Bay; reviewed the talented artists from collectives such as The College Agency and The Strivers Row; and picked the brains of veterans like C.O.C.O. Brown. With the blessing and partnership of fellow visionary Cathy Hughes at TV One, we are proud to present the results of our hard work–the first television show to combine the arts of spoken word and live R&B.

Verses & Flow will premiere November 10th with a 1 hour episode on TV One at 8pm PST/11pm EST. Here a breakdown of the first 5 show dates and talent lineup…

Check out Adam and the Guys from Honor Society in the studio working on the band’s new EP. Recording sessions in Los Angeles for the new Honor Society record, produced by Adam Blackstone. Due out in June 2011. http://honorsocietymusic.com/

Jill Scott talks about her latest album “Light of the Sun” and who helped her put it together. 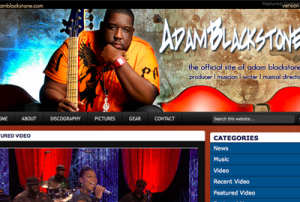 Thanks for visiting the new site! Here you will find upcoming performance information, up to date discography, pictures, news and more! Be sure to comment and let us know what you’d like to see and we’ll try to get it to you!