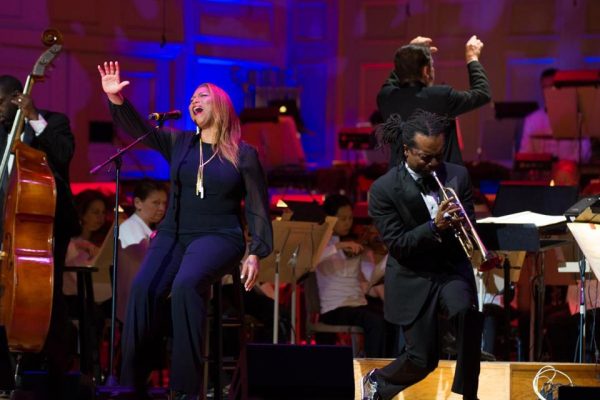 Queen Latifah, a Grammy Award-winning recording and Oscar-nominated actress, lends her compelling voice and incomparable presence to this special Opening Night performance at the beautiful Boston Symphony Hall. A true Renaissance woman in the world of entertainment, Queen Latifah has recorded albums that span everything from jazz to pop and rap, as well as having appeared in dozens of TV shows and films — including her Oscar-nominated role in Chicago.

Check out a clip of her performance below!!