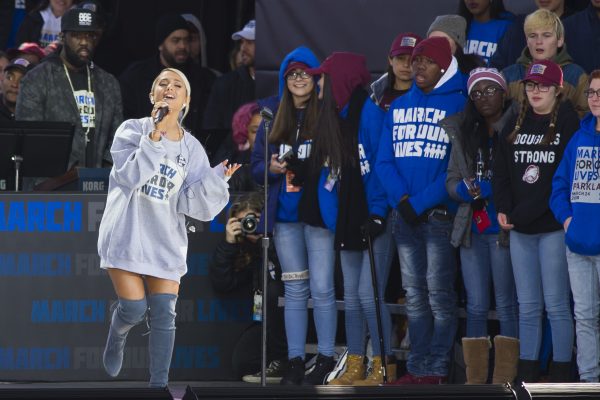 Hundreds of thousands of people gathered on the streets of Washington, DC to have their voices HEARD!! The survivors of the recent mass shooting at Marjorie Stone Douglass High School in Parkland, FL organized “March For Our Lives” to protest against our country’s current gun laws and call for stricter gun control!!

The day’s event included moving speeches from children who were effected by the recent school shootings, gun control advocates, and celebrities. There were also performances by some of the top hip hop artists today including Jennifer Hudson, Common, Miley Cyrus, Demi Lovato, and Ariana Grande!

BASSic Black Entertainment CEO, Adam Blackstone, was musical director for the event and coordinate all the music for these moving performances.
Check out a few clips below!