For nearly two years, Justin Timberlake and The Tennessee Kids toured the WORLD with “The 20/20 Experience World Tour”! BASSic Black Entertainment CEO, Adam Blackstone, had the pleasure of being Musical Director for this tour which grossed nearly $232 Million in ticket sales alone! The last show of this epic tour, which took place at the MGM Grand Casino in Las Vegas, was documented and is set to release on Netflix October 12, 2016!!

Netflix recently acquired rights to the concert documentary, which will also air at the Toronto International Film Festival on Tuesday. Oscar-winning director Jonathan Demme collaborated with the “Can’t Stop the Feeling!” singer to direct the concert film. Demme’s credits include Neil Young’s 2006’s documentary Heart of Gold and the 2015 film Ricki and the Flash. The concert film, which was performed and shot in the MGM Grand Garden Arena in Las Vegas will show the final performance of Timberlake’s 134-city world tour, as he performs with his 25-member band The Tennessee Kids.

Check out the official trailer below and make sure you watch on Netflix October 12! 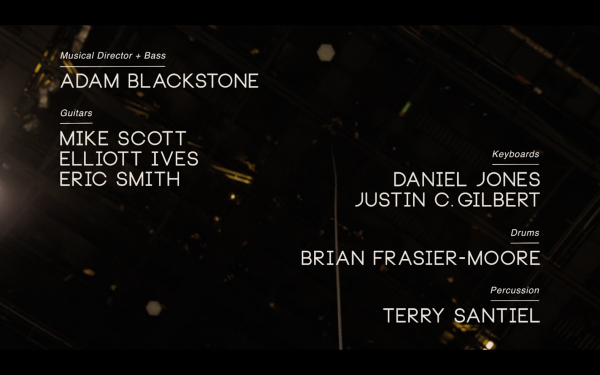