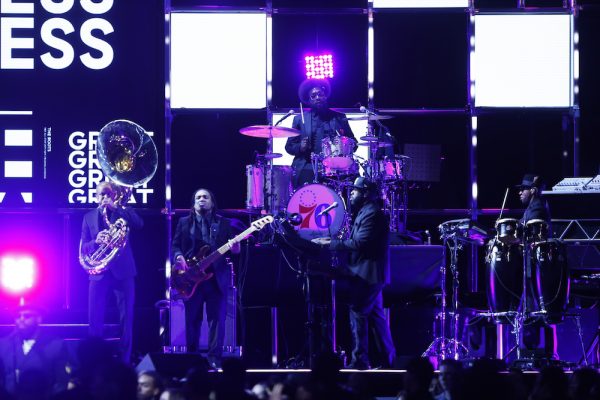 The 2017 NBA All-Star Game kicked off with a bang! A star-studded performance featuring Jidenna, Michael B. Jordan, DJ Jazzy Jeff, and Darryl McDaniels of the iconic rap group “Run D.M.C.” The performance was skillfully planned and executed by The Legendary Roots crew!!

“We live in a culture that has always been obsessed with one age-old question: who’s the best?” the Roots’ Black Thought said opening the number — which the band created — setting up an era-by-era look at basketball’s greatest players and the sport’s development over time.

Adam Blackstone, BASSic Black Entertainment CEO, also contributed to the musical programming for this performance that had social media buzzing!
Check out the video of the performance below!!